Mclennan, the leading UK motion control component distributor and systems supplier, has recently agreed a partnership agreement with Servotecnica to market and support the Italian manufacturer’s comprehensive range of slip ring assemblies in the UK and France. Mclennan’s extensive system building capabilities for complete motion automated sub-systems include in-house designed projects as single orders or in volume quantities that combine components from its distribution partners (typically motors, drives, and motion control hardware and software) with other sourced or specially manufactured machine components. The ability to include slip ring assemblies in such ‘bolt-on’ motion systems or as single components, with complete support from Servotecnica, will boost its capability to fulfil those applications where transmission of electrical power, instrumentation and communications signals needs to be managed from stationary to rotating platforms. 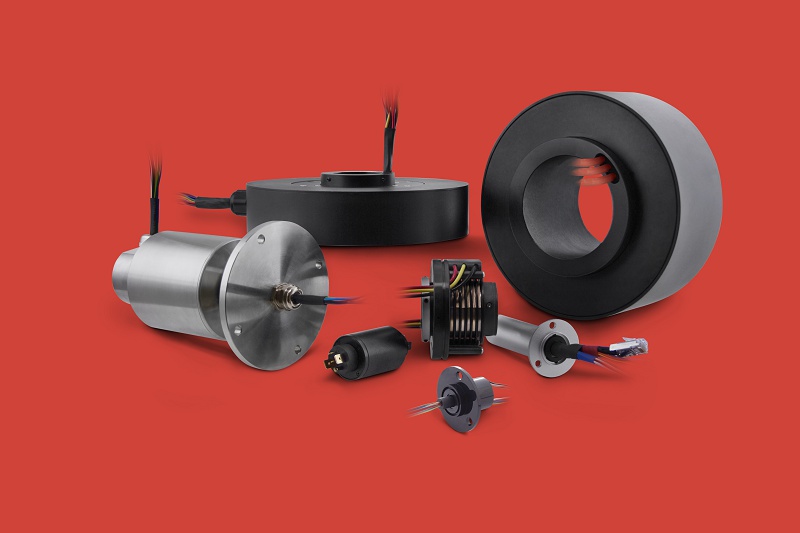 As one of the largest global designers and manufacturers of slip ring assemblies, Servotecnica’s range includes carbon brush and precious metal alloy fibre brush technologies as separate slip ring and brush-block designs or as completely packaged assemblies for up to 96 ‘ways’ or separate electrical channels. A comprehensive standard product range covers over 2000 models from signal level transmission to high-voltage power units up to 400 Amps. Available technologies also include optical, inductive, capacitive and RF signal transmission. Furthermore, a comprehensive custom design service is available to exactly match the customer’s specific power and signal combination. This service also extends, for instance, to including assemblies complete with Servotecnica produced fluid power rotary joints or other components as part of the design.

For Jon Bentley, Mclennan’s managing director, the ability to offer slip rings as of part of its system integration service is an exciting prospect, “As machine design becomes more and more sophisticated, the ability to add slip rings directly in our custom built motion automated systems offers a significant advantage where full rotary motion is essential and functions such as field bus,  power and servo feedback for additional motion axes needs to be carried through stationary to rotating areas of a machine”. Mclennan’s existing product range already has some important building block components for slip ring enabled motion systems. Jon Bentley explains, “We already carry a wide range of servo and stepper motor based product lines that feature large through-holes – as separate rotor/stator units or as traditionally housed motors. These motor technologies are often used in conjunction with slip ring assemblies so we now have the ability to provide even more of a complete motion automated sub-assembly for our customers.”

Such assemblies are especially found in the packaging & converting industries as well as food & beverage production machines where continuous rotary processes can be enhanced and even simplified with addition motion axes. For instance a labelling machine with a carousel table and a slip ring assembly can manage power and feedback position for a servo motor via a fieldbus, allowing the label placement to be applied to an exact position on the target product (see example below).

Other areas where slip ring assemblies are increasing being specified include converting and palletising machines, medical and surgical equipment, assembly machines, theatre automation, pan & tilt surveillance platforms, robotics, research and military equipment, wind turbines and more. Slip ring assemblies offer the ability to improve the performance of the machine where rotating components that require electrical power or signals may rotate freely and not need to rotate back to their initial position. Rather than cabled solutions that address this function - which by necessity have a restricted rotation - slip rings cause no stress on the components being rotated and often result in a higher throughput capability and a much reduced machine footprint.

For more information on Mclennan’s new line of slip ring assemblies from Servotecnica and for information on its design and build services visit www.mclennan.co.uk or call +44 (0)1252 531444.